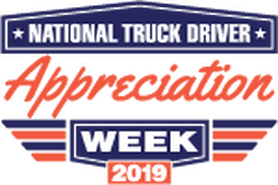 In honor of National Truck Driver Appreciation Week September 8-14, 2019, the IMTA and Marvin Johnson & Associates, Inc.  Are holding their 8th annual contest for a chance to win $500.
​

2019's What so Special About A Truck Driver Winner is Celadon's Latonya Stewart! 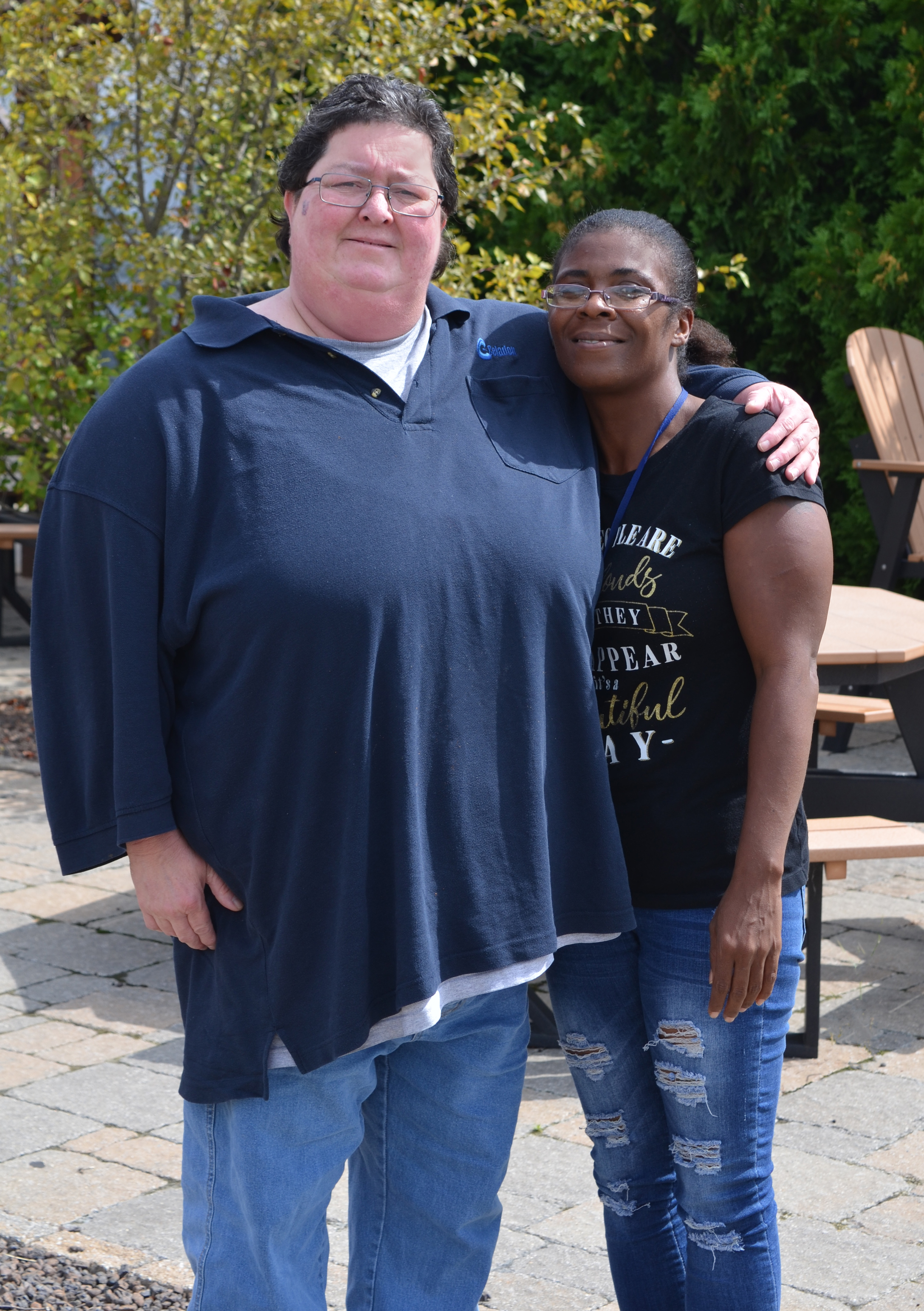 ​Driver Manager (Wendy, Left), Driver Nominee (LaTonya, Right)
In January 2019, Celadon’s Latonya Stewart was driving down the highway when she was given a rude gesture by another trucker trying to pass her. Despite the gesture, she didn’t let it bother her and kept driving.

A few minutes passed, and Latonya came upon a truck engulfed in flames. It turns out it was the same truck that had just passed her. Without hesitating, Latonya and another driver parked their semi-trucks to stop traffic, called 911, and jumped out to help however they could.

“The only thing I could think of was to put on my safety vest, grab the fire extinguisher, and do whatever I could to help.”

Latonya and the other driver got to the truck and tried to get the driver out while working together to keep the fire down until first responders arrived. She was so focused on trying to save the driver, she didn’t notice that her clothes actually caught fire during the chaos.

Days later, she received a call from the driver. He told her, “I was going to give up and go down with the ship, but seeing this little woman fighting tooth and nail motivated me to get out.”

Latonya’s outstanding effort, selflessness, and exemplary commitment to safety not only kept other motorists out of danger, but saved another driver’s life that day. 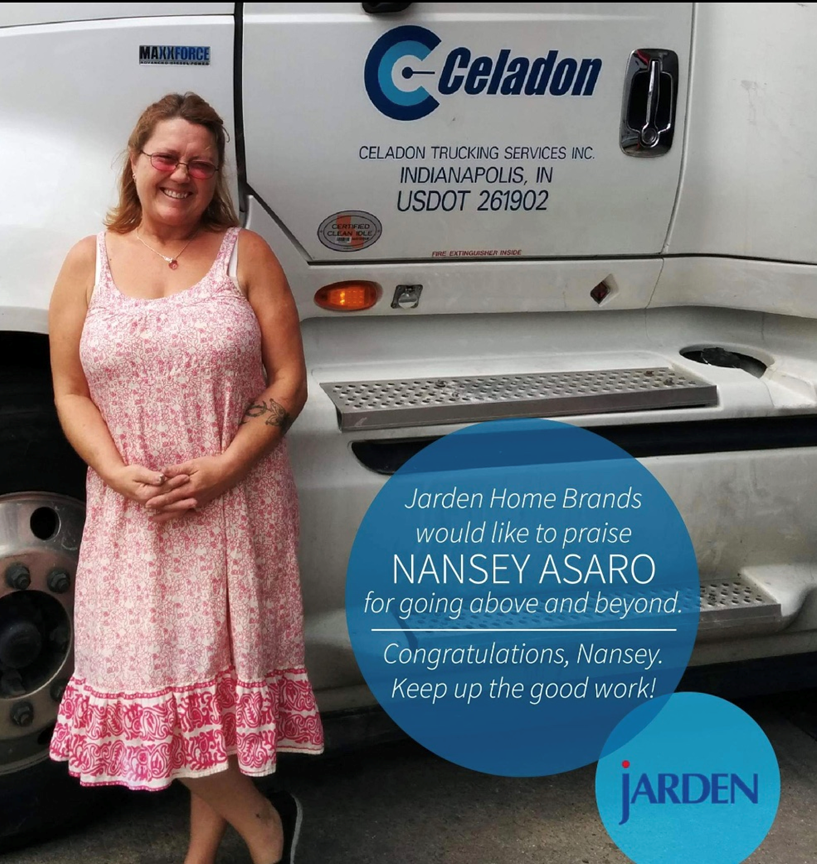 Nansey Asaro goes over and beyond for our customer. She is consistently praised for being a great driver on her account Jarden. Nansey does a great job at communicating with her driver manager and myself (Customer service) on anything that arises with the customer. When Nansey says she is going to do something then she does it. I never have any doubt that when Nansey is behind the wheel on one of my customer loads that it will be completed successfully. She hardly never complains and is a great team player. She always watches out for her fellow drivers and call's in to let us know if anyone is have issues she sees out on the road. 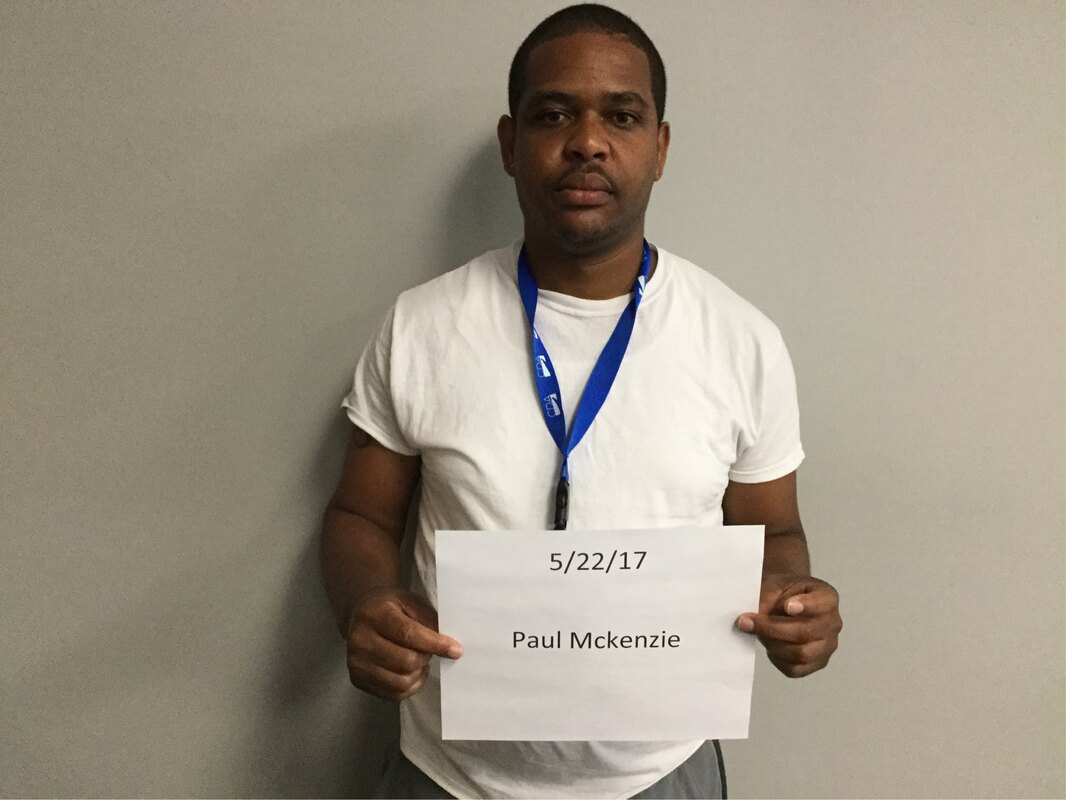 ​Paul Mckenzie & Gregory Allen are a team of mine. Both drivers left their home in Jamaica for a better life in America. They both left family @ home in the hopes to one day move them here to America. Paul has a wife & young son in Jamaica. It is his goal to one day bring them to the U.S. Paul said the sacrifice of not seeing his young son very often is worth it if he can give him a better future. This team is away from their family for long periods of time in order to run over the road & make good money. They both work very hard & have not had any safety issues. I enjoy working with these two drivers to help them be successful in their American dream! 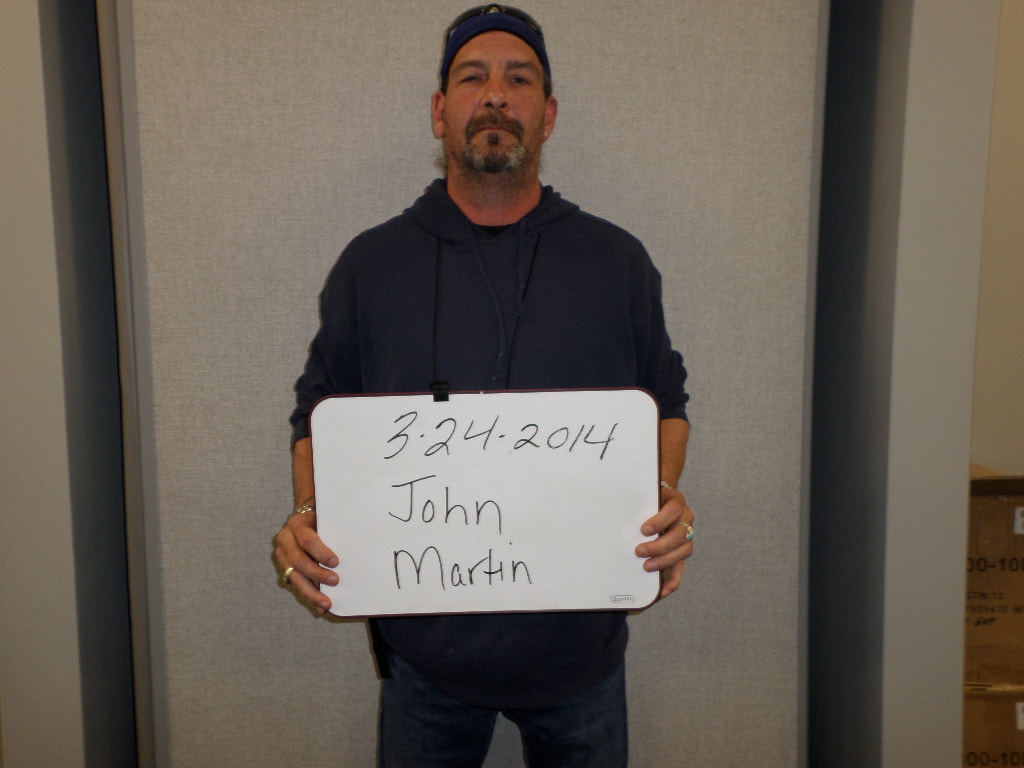 We at Celadon Trucking are proud to submit our driver John Martin for consideration for the Driver Appreciation Week Contest. John hauls Expedited Freight for us with his co-driver Tracy Sollitt. They are always hard runners with professionalism and safety in mind. Having Safety in mind is the reason they both have clean records. But the main reason we are nominating John is when Tracy was down for 3 months with health concerns, he ran solo until his truck broke down. Not one to let grass grow under his feet, he ran recovery for 8 weeks. As we all know, recovering trucks isn’t the best job to complete as a driver. Situations always vary, and you’re bound to run into issues on every single attempt. However, John recovered trucks for us with no complaining and always reliable.
​
They are back together and received a new truck, without missing a beat, they are back on the road representing Celadon and taking care of our customers. Always a pleasure to work with, drivers like John make a Driver Managers job easier. 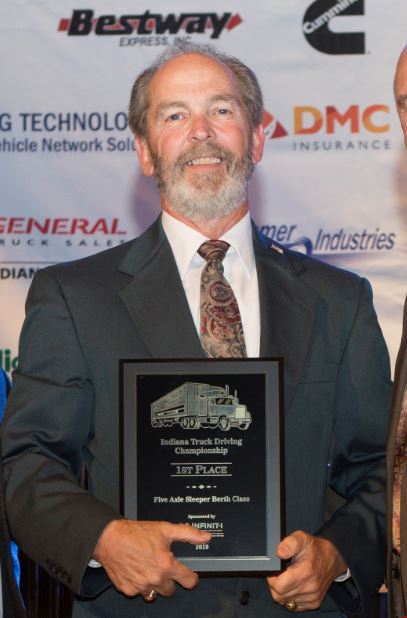 ​What's so special about a truck driver? I can tell you what is special about my truck driver. He is involved in several wonderful programs that include Share the Road and Wal-mart Heart. I had the privilege to sit in on a Share the Road class with drivers education students and was amazed at the knowledge that he shared with them and how important this program is. I was able to attend the Indiana State Truck Driving Championships and watch all the participants compete and watch Mike not only receive the perfect test award, win his class and receive the Indiana State Grand Champion award this year. He then went to the National Truck Driving Championship where he took first place in his class. The dedication he showed leading up to the state and national truck driving competitions, the professionalism he showed at the competitions, the advise and encouragement he gave to other drives is commendable. He is a dedicated father, grandfather, son and sibling which can be very trying when you are out on the road but he has made it work and I know that they all appreciate him and all the he has done and is doing for them. He is also a volunteer fire fighter and an EMT for the volunteer fire department where he lives. He is a great man and he never ceases to amaze me with all that he does, all the while promoting being a safe and courteous driver.

​Charlie White always has a positive attitude! He has won Celadon Driver of the Quarter and is always willing to be a voice for his fellow drivers as a representative at Celadon's Driver Council. You can count on Charlie to greet drivers and admin employees with a smile.